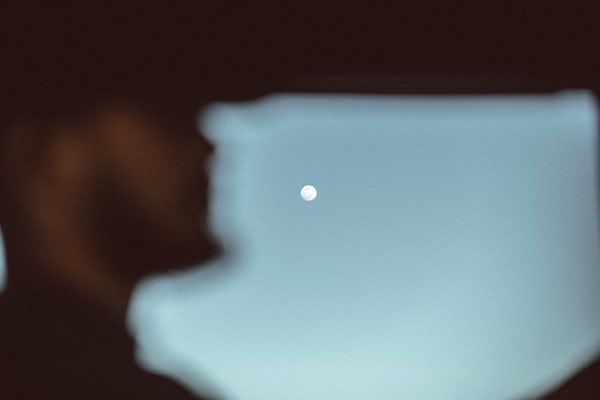 The new IP board biowareleaked during E3 2014 and later known as Anthem, has been talking a lot about himself in recent months.
On the other hand, the February 22 It is just around the corner. A date that will also go down in the annals of video games due to the record number of games released on the same day, and the consequent unsustainable expense faced by gamers around the world. On the occasion of the Los Angeles fair a few months ago, the development team talked about their creature again, revealing some more details and showing a remnant of more in-depth gameplay but avoiding, once again, removing the veil of mystery that disguises (in the first place) the narrative sector. The same strategy was adopted for Gamescom.
Anthem, even after the German event, remains at the center of the debate. Opinions are mixed. There are those who await it with immoderate fear, and those who remain of a different opinion, putting little faith in it. colossal new project by Bioware and EA. The doubts and questions are basically always the same: will the IP, interesting on paper, be able to propose something really new after Destiny? Will the end game activities have the strength to hold out in the long run? Will the world of Anthem be empty and static or, on the contrary, pleasant to explore and full of activities that keep players busy? What will the progression and looting system look like? All the questions (to which many others are added) that at the present time have not yet found an answer.
In Cologne, waiting for the moment to finally dissolve all reservations on the case, we had the opportunity to taste the title with your hand. And the mission we launch into is the same one that is present in the gameplay trailer seen in Los Angeles. That was how our foray into the world of Anthem went.

Hanging out with the Javellins

As expected, the test starts at strider, surrounded by characters that are now familiar to us. The massive vehicle represents not only a safe haven from the deadly traps of the outside world, but also a base from which to launch our foray into the wilds of Anthem. In short, the colossal mechanized quadruped represents the main axis dedicated to the expeditions to the outer lands. We know from previous citations that there will also be the fortress-city called tarsisbut our test, as mentioned, did not allow us to go beyond the strictly planned activities.

However, these have at least given us a chance to test the gameplay and some features related to the Javelins, like automatic health regeneration (a topic still debated, the guys on the dev team told us) and management. of the shields.

In this sense, the idea of ​​the developers seems to be based on the differentiation between the different classes. For example, him Colossus he does not enjoy an energy shield, but makes up for it with extremely strong armor and a ballistic shield that protects him from frontal hits. Instead, as for the Ranger-class Javelin, the latter will enjoy an energy shield that will be restored over time. Anyway, once we donned our exosuit, we exited the vehicle to continue the mission. Outside, together with three other colleagues, we began to familiarize ourselves with the type of Javelin (in our case one of the Ranger class, agile DPS with high utility) and with the mapping of the commands.
First of all we test the fluidity in the movements of our digital alter ego. The mechanics related to flight, an absolutely fundamental function to move us through the unlimited distances that the world of Anthem seems to want to offer us, obviously made him a master.
After a few warm-up laps in which we thoroughly tested the freedom of movement, the responsiveness of the control system, and the key bindings that allow for more complex than basic evolutions, we were on our way to our goal.
The chosen expedition, as we have told you, was extracted directly from one of the secondary activities glimpsed in the portion of the map that was released to the public up to this point. This introduces a new type of hostile faction: the metamorphic and sentient aberrations whose purpose seems to be to retrieve the technology of the Creators to bend it to their will and produce very powerful new weapons.
If you remember, I creators they are a technologically advanced civilization, disappeared eons ago, that has left behind a technology unknown to men but still fully active, capable of shaping this wild world that we are about to explore.

BioWare Anthem: The Basics of the Narrative Universe

The objective, therefore, is known to us: Reach the Metamorphic Lair and stop them before they activate a powerful Creators relic. After activating the Javelin rockets and taking off, we find ourselves traversing, without limitations, a fascinating and deadly world. From this point of view, the visual impact is absolutely explosive: the world seems alive and vibrant, embellished with meticulous detail and supported by solid graphics engine performance.

No doubt we would have spent a lot of time admiring the view or looking for some world boss (remember the behemoth that could be seen in the video?) to try and take him down and retrieve some high-tier loot. This is an indicator that speaks volumes about how engaging the world of Anthem can be and grab the player’s attention. However, we were reminded of our duties, because there was a mission to accomplish. Along with the other three companions we continued towards the entrance of the cave where the morphs were trying to activate the relic. This was also the first time we were able to test the abilities of the Javelin and, above all, the dynamics of the cooperative game.

Anthem Next officially canceled, it’s the end for Bioware’s game

As for the exuit, the controls are no different from any third-person shooter, with the backbone of the pad being delegated to the use of the class-specific abilities and mods we’re going to install on the Javelin.

However, when it comes to the purely cooperative mechanics (four players with headphones and microphone) we were able to enjoy a really fun game session, in which communication played an important role.
For example, it was possible to choose together the best tactics with which to carry out an attack, divide the objectives and define the tasks of each one. This essentially represents the pounding heart of the playful formula created by Bioware.
A close-knit group of friends can potentially spend a lot of time searching for the best gear to form the perfect team. We know that each Javelin will have access to different categories of weapons, with a system that will replace the traditional division into classes and will allow the player to vary their style according to the needs of the moment, the skills developed by the character, tastes. and, also, of the composition of the team with which we will decide to leave.
Once the clash with the metamorphs is over and the activation of the relic has stopped, we move on to the next phase: entering the Stronghold, or the spider queen’s lair. The Strength, for those who haven’t followed the title updates in recent months, they are nothing more than labyrinthine dungeons that, it seems, will be scattered throughout the game world and will be full of enemies, bosses and rewards. The queen of spiders level, in this case, seemed inspired to us, even in its resurgence of a level design outlined absolutely on “.classic” stylistic elements but still, evidently, very effective.