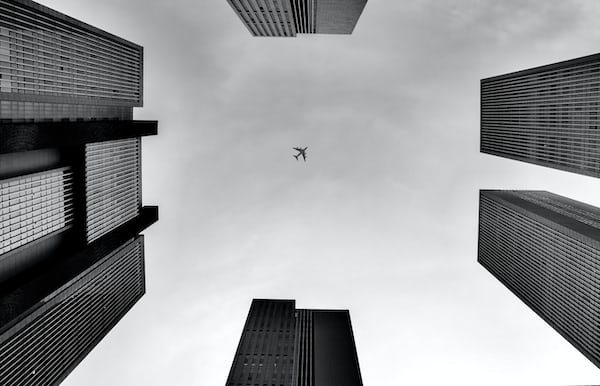 “We can’t expect things to change if we keep doing the same things. »
the boys from smart system they must have taken Einstein’s words literally. Surprisingly, a quarter of a century later, the Japanese developer redoes the gimmick to his most opposite creature to re-propose it to today’s gamers with a variety of interesting novelties. The goal is clear: restore dignity to that episode that most Rising Sun fans disliked so much, giving it a second youth in addition to the burden of being the last chapter developed for 3DS. As we mentioned in the course our preview, shadow of bravery It is nothing more than the remake of Gaiden, the second iteration of the franchise in chronological order (to be considered, however, as a spin-off) dedicated to pure experimentation. Instead of reinforcing the narrative structure with the modern underpinnings we’ve seen in recent episodes, the development team has decided to take a chance on the same path they took at the time of the original release. This means that shadow of bravery It is presented as a curious mosaic of difficult to place styles that, we are sure, will not stop dividing fans. On the one hand, in fact, we find many elements that are familiar to us and, on the other, the feeling of disorientation becomes evident as soon as the road begins to deviate from what we are used to.

The looming shadow of the conflict extends across the continent. In the lands of Courage for a long time peace and relative stability reigned, despite being divided into two kingdoms so different from each other that any coexistence seemed impossible. This harmony was the result of the truce stipulated eons ago between the two divinities who, until then, disputed dominance of the mortal world. On the one hand, the empire of Rigelia, founded on rigid discipline and the force of arms; on the other, Zofia, land of prosperity and harmony. However, as history teaches us, such wealth sooner or later exacts its price and brings with it chaos. The soul of men, as we know, is weak and easy to corrupt.

Comfort feeds vice, temptation, old manners are forgotten in favor of worldly frivolities hidden behind richly decorated tapestries. Furthermore, opulence attracts wolves who, greedy and hungry, yearn for total domination. Valentia is shaken by an unstable and chaotic geopolitical situation. Power gaps and palace intrigues have reignited the age-old conflict between the two kingdoms: the Rigellians are steadfastly determined to reunite the continent under one banner, while only a few poorly organized Zofians seem capable of standing up to a mighty army. and invader. ., apparently, irrepressible. Among these, there are two with a written destiny: alm and celica.
The path, although unequivocal as to the final objective, is therefore divided into two different paths but destined to cross, for better and for worse. The two boys, as well as the rich multitude of secondary actors (some unpublished, inserted for the occasion) that will accompany them during their adventures, are properly characterized in their character and in the reasons that push them to join the group that runs for. a long time and Valentina lands wide. The figures we encounter during our journey are drawn according to immutable topoi seen countless times. However, far from looking cloying, the batter is well mixed and familiar. The pretext with which he narrates the epic in Fire Emblem Echoes: Shadow of ValentiaIn short, it doesn’t differ much from the traditional pillars on which the entire script developed by Intelligent System rests. The epic of the trip, seasoned with all the elements that outline its wide scope, is resumed without major alterations, giving us a story with a strong retro flavor that transports us to the atmosphere that was breathed in the JRPGs of the past.

I sing the arms and the hero…

To counteract the atmospheres «old school«A playful structure dedicated to experimentation is taking care of it. On the other hand, as we anticipated at the beginning of our review, precisely fire emblem gaiden it was a controversial episode and in a way constituted a testing ground for innovations that were then definitively shelved or reintroduced only years later. In short, in order not to deny what was done twenty-five years ago, with shadow of bravery the guys at Intelligent System wanted to retrace the path followed at the time of the original release in a subservient way (and with a strong dose of courage). What we have in our hands right now is an atypical Fire Emblem, which differs in a peculiar way from most of the achievements of the franchise in recent years. And this does not necessarily have to be seen as a negative point, since the strategic tactical system remains faithful to the canons of the franchise.

First of all, the trip alm and celica it is placed on a “freely” roamable world map where the same turn-based fighting system is in effect. Once we’ve made our move, the enemy will also be able to advance or switch squares, forcing us to change our approach or make an appropriate strategic retreat. Also, taking the reins for an hour from the other group, the player has the possibility to move wherever he pleases, along the traced paths, in search of useful confrontations to gain experience, dungeons, towns and other places to stop to find items. and recruit new recruits. With reference to this last point, the exploratory phase is deepened, opening the way to specific interactions. On the one hand, the dynamics related to cities, outposts and villages allow us to interact with the environment and NPCs in a way that is vaguely reminiscent of “point and click” adventures: each screen is represented by a background. static that can be interacted with through a few simple commands to talk to the inhabitants (who can provide information and side quests), find equipment, as well as scan the environment for useful hidden consumables with which to replenish supplies. As for the dungeons that dot the world map, however, they can be freely explored, moving our alter egos within fully three-dimensional labyrinths and taking care to keep party members happy and healthy. The mechanics of fatigue can, in fact, drastically affect our associates. During these sections it is also possible to interact with the environment in search of objects and face enemies, always visible on the screen, thus starting the usual battle phase, also influenced by several important novelties.

the triangle is not

Apparently, the scenario of the combat phase is not very different from what we have all come to know over the years. Instead, the quirks don’t take long to appear, undermining our naive arrogance and returning the series to the bedrock of Eastern RPG lore. First of all, during one of the first battles we are given the “Wheel of Mila”, a powerful artifact capable of rewinding time allowing us to remedy some reckless move and make the game experience much more accessible for newbies. The fighters, then, by leveling up can be promoted to a different and higher class, although this can only happen at the altars of the goddess Mila, placed at specific points on the map. Removes the “sim date” mechanic. Returns the ability to dialogue with teammates directly during battle, to strengthen your bond, benefit from other bonuses, and increase your chances of landing a critical hit.

The triangle of arms, the flag of the series since time immemorial, is not present in this episode. The title, moreover, is also pruned by the equipment-related durability feature. With use, therefore, the weapons do not wear out and, on the contrary, they become essential to unlock new abilities for the fighters. By leveling up and continuing to use a certain weapon, in fact, the latter can acquire new abilities without the need to use special artifacts or consumables. The inventory is then limited to a single item (either a death tool or a loaf of bread), and equipment can be upgraded at a forge by spending coins that can be found while exploring dungeons and towns.

Sekiro Shadows Die Twice: Death is a weapon in From Software’s new game

Not only that: at the end of each victorious duel, the entire party (regardless of performance) still shares experience points. This partially eliminates the risk of some characters staying too late, forcing the player to constantly search for the fight just to level everyone in the party. The difficulty curve is resized, for the benefit of accessibility for beginners. Lastly, the management of support troops has also been changed: to cast spells, for example, mages must now take advantage of their health, sacrificing a part of their HP; while archers can also make their attacks from squares adjacent to the enemy. Although the gameplay structure set up (or better, unearthed) by the Intelligent System may seem overly simplistic and outdated, in reality the set of all the features mentioned above manages to deliver a truly unusual gaming experience for the series. Weird? Sure. Different? No doubt. Functional for fun and never banal, even for those who are approaching the series for the first time. This, on the other hand, means that more experienced users will find the challenge level slightly calibrated downwards, despite the ability to choose the permadeath path and the (albeit quite challenging) boss fights of later stages. .

From a purely stylistic point of view, we can only give credit to the great work done by the development team. Fire Emblem Echoes: Shadow of Valentia is largely based on the technical results achieved by the recent episodes landed on the stereoscopic console of the great N. The remake, for the occasion, enjoys not only an unpublished prologue (actually a bit too schematic and fast), but also of a sixth chapter that extends the adventure beyond the original experience. As usual, the title welcomes us with a mix of beautiful anime-style cutscenes, 3D sections, and 2D art. The 3D enters the levels of Fire Emblem Fates proposing polygonal models and functional environments for the action of the game, without pushing the hardware to the limit. And that’s enough to enjoy the proposed dungeons.

The really exceptional levels, instead, as usual, are reached with the animated sequences and the works of art that look like small paintings. The first ones are the work of Studio Khara which is made up, for the most part, by former members previously in force in Gainax (Evangelion), while in Hidari (I’m already working on Toukiden 2 and in the Atelier series) he was given the task of illustrating the two-dimensional sprites. Finally, even the sound sector does not disappoint: solid and epic features, with arrangements that manage to put the accent on the highlights without ever overwhelming the game’s action. We’d like to point out the fact that, unlike previous iterations of the brand, the entirety of the lines of dialogue are fully duplicated.