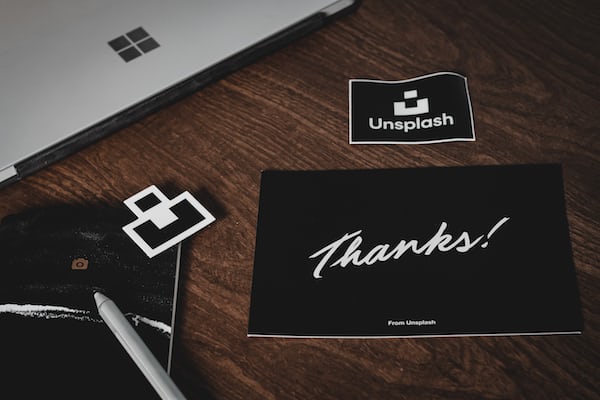 The structure of Fire Emblem: Three Houses, as we explained in our review, it is very special. The initial choice of the house that you will have to support as the main character, Byleth, not only offers a different point of view on the same story, but drastically changes the development of the plot. Moreover, the storylines are not three like the houses, but four since a specific choice during the adventure together with the Black Eagles leads to an unexpected evolution of the plot. Each of these “paths” is associated with a predefined class of characters which, however, you can expand both in the first and in the second part of the adventure, satisfying certain requirements. In this way you will be able to recruit students from other classes, but also the teachers of the monastery themselves Garreg Mach: some characters are extremely powerful or versatile and will give you a great advantage in strategic fights, others may be more mediocre but are characterized so well that they are, in our opinion, essential both as a support subplot and as any romantic relationships. We have chosen ten characters that have particularly impressed us, but we invite you to tell us about your preferences in the comments!

Fire, walk with me – the Dash Quest Heroes review

Okay, let’s start by cheating, because obviously you can’t recruit Edelgard, being in charge of Black Eagles. Edelgard, however, is a truly incredible character and one of the best protagonists we’ve had the pleasure of controlling in a Japanese RPG. There are plenty of strong and determined heroines in the gaming scene, mind you, but few are stubborn, self-confident and willing to do anything to achieve their goal: Edelgard is one of them. Heir to the throne of the Adrestian empire, Edelgard lived a difficult childhood which nevertheless fomented her ambitious spirit even more. She intends to unify the Fódlan, Edelgard is willing to fight even his closest friends to succeed. Despite this iron will of her, the writers of Fire Emblem: Three Houses have outlined a solemn character that makes it hard to hate her even on the battlefield. For Edelgard, the end justifies the means. Always. And in combat, our heroine is equally deadly: we will not reveal the names of her special classes, but we can tell you that Edelgard becomes a real tank, a variant of the Fortress Knight that can face the strongest enemies face to face. . In short, you cannot recruit her, but these characteristics could help you choose the house to start playing with.

Fire Emblem Echoes, Warriors and Heroes: all the news of the Nintendo series

Bernadetta is not one of the strongest characters in the game, although she excels above all in the use of the bow: this competence, and the minor sign of Indech that sometimes allows her to attack twice, make her a Black Eagle from the rear. . It’s not because of her fighting skills, though, that we love Bernie. Her supportive dialogues are some of the funniest in the game because almost all of them revolve around her agoraphobia. You will rarely come across Bernadetta while wandering around the Garreg Mach monastery; more often, you will only be able to talk to her from behind her bedroom door, because the girl is increasingly locked in there reading or knitting. Bernie is shy and insecure, but as she increases her level of support with some characters she will begin to believe in herself. It is nice to witness this slow but tender development: although Bernadetta remains a funny and clumsy heroine even in the second part of the game, it is impossible not to become attached to her and want a world of good.

PsyStar is still playing with fire

Alois is one of the Knights of Seiros and is part of the teaching staff in the Garreg Mach monastery. When he was little, he met Jeralt and served as his squire until he disappeared: at that point, Alois he continued his military career and became a warrior skilled in hand-to-hand combat, especially with axes and brass knuckles. On the battlefield, Alois is an altogether discreet character, but in everyday life he is a funny guy, a kind of adoptive father for all the students of the monastery, a joker always in the mood for jokes – who only understand him and Dimitri, actually – who loves to fish even if he never catches anything because, speaking too loudly, he makes the fish flee into the pond. The supportive dialogue between Alois and the other students and teachers is delightful, plus he is one of the few characters who can reach S rank with both male Byleth and female Byleth.

Here is a character that we advise you to recruit not only because his background is interesting, but because on the battlefield he is an authentic nuclear bomb … although perhaps it would be more correct to call him a “glass cannon”, as happens in many. RPGs. The so-called “glass cannon” is a character capable of inflicting immense amounts of damage, even if a slap is enough to knock him out. Lysithea it works exactly like that. The story of this student is tragic: in practice her house was overwhelmed by the Empire which subjected Lysithea and her brothers to numerous experiments with signs. The girl was the only one to survive and get two signs at the same time, however this weakened her body tremendously and shortened her life expectancy. For this reason, Lysithea is perhaps the character with the worst defensive parameters and the least number of health points. However, they compensate her for the values ​​of Magic, Speed ​​and Dexterity, which often allow her to hit twice, and first of her, inflicting a lot of damage. THE signs of Gloucester and Charon increase the damage she deals with magic and, to a lesser extent, with special techniques, allowing her to wield some very powerful relics.

Cristiano Ronaldo is a character in Free Fire

Felix is ​​the usual sarcastic cynic, the sharp-tongued classmate who always tells the truth at the cost of being cheeky and insensitive. The fact is that, despite being a Blue Lion and the heir of the Duke of Fraldarius, Felix harbors a certain grudge against nobles and knights after his brother Glenn was killed in the Duscur massacre. His supportive dialogues – especially those with Dimitri, Sylvain and Dedue – deepen not only his character, but also some subplots that better delineate the power plays and ambiguities of the Fódlan. We don’t recommend that you recruit Felix just to learn more about Fire Emblem: Three Houses, but also because he is one of the best swordsmen in the game. His sign of Fraldarius allows him to occasionally deal more damage and equip a special shield that improves his decent defensive parameters. Felix excels in Strength, Speed ​​and Dexterity, qualities that make him an excellent melee fighter especially at the beginning of the game, without battalion, thanks to the skill Lone wolf. This bias makes Felix the perfect candidate for sword classes such as Myrmidon but also Dancer and even Fencing Wizard if you decide to put some effort into his innate talent of Reason.

Leonie is a very interesting character to recruit because, although she is a sunny and funny girl, she has a very special relationship with Byleth. Being basically infatuated with Jeralt, who inspired her to become a knight when she was little, Leonie sees Byleth as something of a rival for her affection and sees herself as something of a half-sister. Their supportive dialogues are therefore quite hilarious and help to better delineate Jeralt’s elusive figure. Beyond the narrative minutiae, Leonie is also an excellent fighter who sins only in the magical arts and resistance to magic. Her parameters are generally very good and her special ability, Rivalry, gives her a bonus to damage and defense when she is in the square adjacent to a unit of the opposite ***. Leonie is also the perfect candidate to become a Bow Knight, considering that she is well versed in the necessary arts to unlock this highly effective class: spear, bow and horse riding. If you are looking for a character who can do a little bit of everything, you have found him.

Mercedes is practically the best healer you can recruit among students and this should not surprise anyone, when we consider the background of her life, which she spent mostly in a small church in Faerghus. With her docile and optimistic character of her it is a pleasure to have her in the team, even if she does not particularly shine in the supportive dialogues. The fact is that Mercedes she shows off exceptional parameters as regards Reason but above all Faith, and this last competence makes her a perfect Bishop to be brought into combat. Mercedes learns the excellent healing spell Fortification, which allows you to heal distant allies, and in addition has a specific ability that heals it of the same health points restored to a target: in this way it heals itself every time it heals an ally, saving you turns or consumables. Mercedes also uses the bow discreetly, but it makes little sense to focus on it: if you want to make her fight, focus on her Reason and make her an excellent Grimory.

In this case we are talking about two characters at once because we can’t help but suggest that you recruit them both. Hanneman von Essar and Manuela Casagranda, despite being teachers, are two fairly mediocre units. He is basically a nerd who has dedicated his life to studying the signs; she is a former singer of the Mittelfrank theater company who has turned to alcohol and a hustle and bustle of suitors that she can’t hold on to. Their characters are totally opposite: he is a mild and orderly type, she is clumsy and brash. And as often happens in these cases, opposites attract. Technically you could increase the level of support up to S with both of you and then establish a sentimental bond with one or the other, depending on the *** you have chosen for Byleth; however, we suggest that you work on their mutual level of support because the way their friendship develops is delightful and, as in the best of romantic comedies, we may miss the happy ending as well. On the battlefield, however, stick to their specific skills: Hanneman is a good wizard, Manuela a decent healer.

The fire of revenge

Petra is a student who practically does Erasmus in the Fódlan for political reasons: a native of the Brigid Islands, Petra she is the foreigner who has not yet learned the language and speaks by making frequent grammatical errors. The translators who worked on the Italian localization have gone out of their way to adapt puns and double entenders to our language and although not all of them have succeeded very well, most of Petra’s supportive dialogue revolves around these gags or the fact that many underestimate his intelligence and predisposition to study. On the battlefield, however, Petra is one of the fastest characters in the game and this grants her a giant advantage when she faces virtually any opponent. Petra also has an index of Dexterity very tall and, while not excelling in any particular skill, he gets along well with swords and bows. These characteristics make her a great Assassin, not least because her special ability increases her critical attack rate if the target has less than 20% health. In this sense, Petra is the perfect unit to use to deliver the final blow to toughest enemies, from near or far.