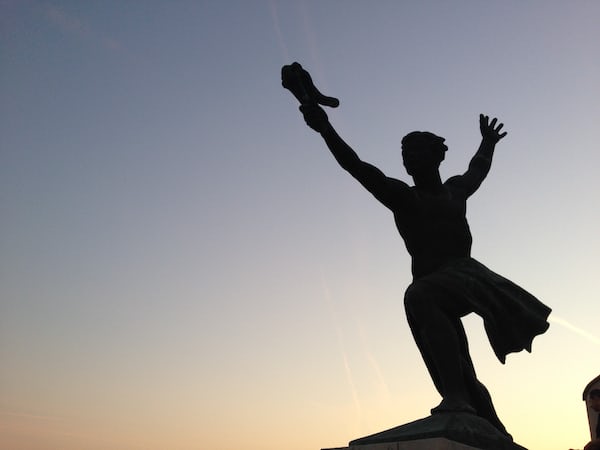 A few weeks after its release, Intelligent Systems’ new strategic RPG is back on the Los Angeles show floor.

In our most recent preview of Fire Emblem: Three Houses, we had talked about some rumors that wanted to deny the apparently adolescent atmospheres of this new chapter in the long and successful saga of Nintendo strategy. According to the leaks, the much publicized school setting would be a red herring, an excuse to prepare our army for the real story, which would take place after a gap of five years. Well, Nintendo confirmed and remarked on this development not only in the trailer broadcast during the Direct of theE3 2019but also during the Treehouse during which we discovered some new gems on this highly anticipated RPG for Switch.

The trailer that aired during Nintendo Direct on June 11 is actually assembled quite confused and cluttered, probably not to suggest too much information about the unexpected development of the story in the game. So far we have believed that we would only support one of the three houses on which the plot is centered, but it seems that things are destined to get much more complicated. In the first few seconds of the trailer, we hear Edelgard organize some sort of meeting for the cadets of the monastery of Garreg Mach, which should have met five years later as in the most obvious American comedies. Instead, those five years drastically change the lives of all the protagonists: we find Edelgard crowned, Claude with a goatee and Dimitri with one less eye. On the continent of Fódlan, war has broken out and it seems that we will be in the shoes of Byleththe only ones who will be able to unite the houses against a common and powerful enemy.

Fire, walk with me

The school setting had raised some perplexities especially in the veterans of the franchise, and especially in light of the somewhat childish and derivative plots of the last Fire Emblem, not to mention that the way in which everything was advertised was excessively reminiscent of another great JRPG, namely Persona. It seems that Nintendo has run for cover, unleashing the ace in the hole of the plot to suggest that, yes, the adventure begins in the academy, but continues taking on much darker and more dramatic colors that recall the Fire Emblems of yesteryear as Path of Radiance. Despite this, the guys at the Treehouse have been careful not to play the title after the five-year gap, even if they mention it often, and they have shown us more than anything else the mechanics of training of the cadets and some initial battle.

No Straight Roads, the tried and tested E3 2019

We almost know how it all works by now, but the Treehouse demo still revealed some additional details on the structure and progression of this part of the adventure. We already knew that there is a calendar which marks the months and allows us to plan the limited time available to us: we will have to decide, day by day, whether to train the cadets, fight on the battlefield or spend time with them to get to know them better. Or not. We could decide that we don’t give a damn about this half social and half management part, entrusting the preparation of the cadets to an automatism that will send us straight to the last day of the month, the one in which a great battle takes place that concludes each chapter of the history. In that case, we would miss out on all interactions, dialogues and subplots, not to mention that we would find ourselves in the army less defined and prepared characters. But, hey, we have a choice, and that’s all well and good.

Rumors and predictions about Nintendo’s E3 2018

If we decided to personally follow our cadets, a world would open up. The Garreg Mach monastery is huge, so vast that it will be possible to use the fast travel to move from one point to another on the map, on which it will be possible to identify every single character at any time. By doing so, we will be able to chat with them, find out more about their lives and learn information that could be useful to us, for example, when we have to respond to anonymous requests, choosing the right option based on intuition and our familiarity with the personal problems of the boys. We can invite them to dinner or sing with them in the chapel choir, or simply teach them the art of fighting in the classroom. Any decision will affect the relationship between Byleth, his own students and the other teachers, increasing the time we will have available to follow them daily and, at the same time, the possibilities for each student to grow in different fields.

PS5, the revelation: Sony aims to offer the same enthusiasm as an E3 event

This opportunity to explore the monastery in the third person as if we were in a very normal JRPG it guarantees us some exclusive possibilities that autonomous mechanisms can only dream of. At the beginning of the game we will have to choose a house, of course, but this will not prevent us from following the vicissitudes of the students in the other houses, and if we manage to hit them positively, some of them may even choose to leave their house to join ours. becoming playable units. In practice, we will be able to recruit them. Fire Emblem: Three Houses therefore proves to be an extremely versatile title, also because each character will be able to face the various exams to change class, once a certain level has been reached, and once several classes have been unlocked, we can change them at any time without incurring any penalties. Although some characters are more skilled than others in certain fighting arts, nothing prevents us from turning everyone into archers or brigands.

As for the fighting, the Treehouse demo didn’t reveal anything particularly interesting to us that we didn’t already know, although we were surprised by the miniboss, enemies more powerful and bigger than normal that occupy up to four squares and can give a lot of trouble to our favorites. We will have to fight them using every pinch of strategy, using the Gambit Gods battalions and Special Arts – which return from Fire Emblem Echoes: Shadow of Valentia but no longer consume life points, just wearing down weapons faster – to defeat them. In these cases it is better to use the characters who wield the ancestral weapons of their houses: only a few have this power, but it seems that these very powerful weapons also have some disadvantages that balance the situation.

E3 2020 | Event planning, for now, has not been affected by coronavirus

The first battle shown in the Treehouse was in a Paralogue, an extra chapter unlocked only after recruiting two cadets who previously belonged to that of the Golden Deer into the House of Black Eagles. The second battle, on the other hand, belonged to the main storyline and lined up the protagonist’s army – in the female version – against a mysterious Death Knight, a powerful masked sorcerer who had holed up in a labyrinthine dungeon. In this sense, the Treehouse showed us a more elaborate level design: the map, full of doors to open and levers to pull, was also characterized by teleportation platforms and a series of secondary criteria to be met in order to win: in this case, the player he had to reach the boss and defeat him within twenty-five turns. Unfortunately we didn’t get to see the final showdown with the Death Knight, but we have to admit that we can’t wait to play it personally next July.