Kill la Kill: IF, the review 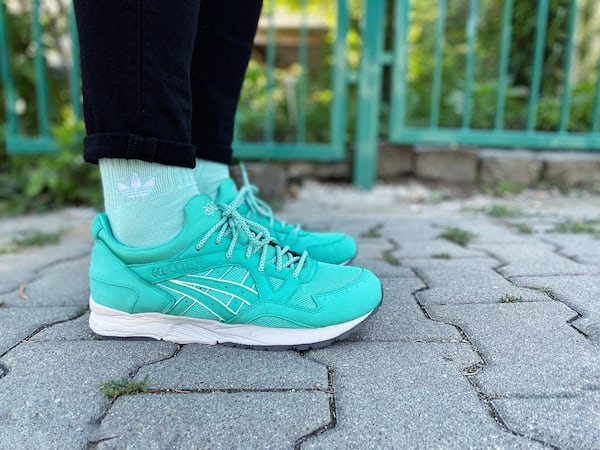 Kill la Kill: IF, the review

The cult anime of 2013 becomes a fighting game that is beautiful to see and less to play: the review of Kill la Kill

Out of time, and almost six years after its conclusion, it was decided to brush up on the anime directed by Hiroyuki Imaishi – the same as the equally legendary Gurren Lagann – to churn out a licensed arena fighter. This was done by exploiting the Arc System Works brand, a bit like you do with those films in which the name of a famous producer, such as Steven Spielberg, is headed in the poster, but which in the end are directed by Ciccio Pasticcio with two pieces of budget. Arc System Works in this case put only the name, why Kill la Kill: IF, developed by A + Games, has little to do with titles like Dragon Ball FighterZ or Guilty Gear Xrd. Except the visual sector, because that is there and it is a bomb, but a bit like the original work it is a clash between form and substance, with the difference that the Kill la Kill video game is much less fun than the souls.

Kill la Kill: IF wonderfully evokes the atmosphere and dynamism of the anime with a defined, colorful and full of energy graphics. The cel shading fits perfectly with the style of the character designer Toshio “Sushio“Ishizaki, reproducing the spectacular and snappy movements of the fighters, the frenetic action and the sinuous shapes. If the arenas in which the fights take place may appear poor in detail, it must be admitted that during the fights it is difficult to notice the environment. surrounding, also because the interface is constantly filled with large warnings, messages and reminders. We would have probably liked more sophisticated arenas, perhaps partially interactive, instead of simple circular rings, but it is impossible to deny that Kill la Kill: IF is a title visually spectacular both during the clashes, in which the frame rate, however, does not lose a frame, and during the cinematics of the intermission of the Story mode.

Death Stranding on Xbox via GeForce and Steam: will the cloud “kill” the exclusives?

The mode History it will be your first approach to Kill la Kill: IF gameplay for the simple fact that at the first start there is nothing else to do. Every other mode must be unlocked by progressing into the Story mode, which is divided into two parts and begins with the one focused on Satsuki Kiryuin, president of the student council of the Honnōji Institute. The Story mode briefly tells the plot of the anime, making some variations here and there in the plot, which explains the IF subtitle which in Japanese productions usually distinguishes an “alternative” version. In reality, the script is simply very condensed and assumes that the player already knows the world of Kill la Kill and its characters well enough, without indulging too much in explanations that make sense of any nonsense, from ultra uniforms empowering students. to the Scissor Blades they hold Ryūko Matoi and Nui Harime. On the first, which is the real protagonist of the anime, focuses the second part of the Story mode, accessible only after completing that of Satsuki, and which is practically the same story from Ryūko’s perspective. As such, it too is completed in a couple of hours.

The mirror structure of the two campaigns, which is already particularly lacking in creativity, has the obvious disadvantage of resulting in a repetitive experience in which the matches between one long cinematic and the other are all a bit alike. A + Games tries in every way to stimulate the player with some variations on the fighting formula, for example by pitting multiple opponents at the same time or challenging him to defeat dozens of Covers, practically sentient suits that nobody wears, even if we were in a musou. In the end, the Story mode fails on two fronts: in terms of content, it is a series of uninspired fights and unbalanced difficulty, and on the narrative front, although they are almost indistinguishable from a real cartoon, the cinematics – dubbed in Japanese and subtitled in Italian – they are so long as to tire even the most avid fan who knows the best version of the same story, let alone the neophyte who will understand little or nothing about the characters, who are already abstruse for their own business, and their motivations.

Kill la Kill The Game: IF, a video with the first 15 minutes of the story mode

However, completing the Story mode is a mandatory step not only to unlock the other modes – including the standard and competitive online multiplayer that, unfortunately, we were unable to test – but also the other fighters on the roster, which number just a dozen, including two versions each of Satsuki and Ryūko. It is a sparse roster even if the various fighters are sufficiently diversified in fighting styles, however there are few really fun characters to play as some are too slow or too limited in the range of their attacks. Unfortunately, the Tutorial and the Training mode do not exactly explain the strengths of each fighter, instructing the player roughly on the mechanics of the game. Fortunately, you don’t need a degree in astrophysics to play Kill la Kill: IF, a title designed also and above all for those who approach the genre and want to spin spectacularly around the arena without learning complicated combos. Obviously this approach backfires against the almost non-existent depth of the gameplay.

The basic commands are practically identical for each fighter who thus has a close attack, a ranged attack and an attack of Breakthrough useful against opponents who parry too much. Each attack can be chained to the others with an imaginative order that guarantees great freedom, a refined way of saying that Kill la Kill: IF is essentially a button masher in which you press random keys and everything explodes on the screen, at least satisfying the view. . There are, of course, the key combinations that allow you to swoop down on the opponent and shorten distances in a flash, and the special moves that consume two notches each of the SP indicator with four notches under the life energy of the fighter. These spectacular techniques, usually introduced by short cinematics, deal a lot of damage, but perhaps not as much as we would expect from an attack that consumes a shared resource with another ability called Bloody Valor. The umpteenth key combination, in fact, consumes at least two notches and serves not only to interrupt the combo of an opponent, but also to trigger a kind of cinematic minigame inspired by the Chinese morra.

Each player must then choose a bonus – life energy regeneration, indicator regeneration SP, increased damage dealt – and hope the opponent chooses the wrong option. The player who wins the Blood Valor challenge earns a star on his portrait and if he manages to get two more he gets a permanent upgrade that can result in a kind of Fatality, an extremely spectacular coup de grace that is directly inspired by the cartoon. It is clear that this is a cumbersome and not very intuitive mechanism, moreover much less attractive than theimmediacy which instead grant special attacks that consume the same SP meter and fit better into the flow of combat. The problem with the animation that triggers Blood Valor – and that often fails – and that more specifically affects every moment of the fight is, however, the shot.

Suicide Squad Kill the Justice League: Superman is the target of the first trailer!

Kill la Kill: IF is one of those arena fighters that are so fashionable, like the recent Jump Force, with the camera who resumes the action behind the character and who, in this case, does not bother to follow him when he moves to the other end of the arena, continuing to frame him from afar. This results in the objective difficulty of evaluating distances during the conflict: most attacks risk failing, especially the special moves or the aforementioned Blood Value, with the consequent waste of SP notches. In the confusion that generates on-screen effects and the frenzy of animations, Kill la Kill: IF reconfirms its nature primarily as a button masher, distancing itself from the more technical and reasoned fighting games produced – and developed! – from Arc System Works. It would not be a big problem if the fanservice were not limited to the beautiful graphics and the original voice actors of the anime, but unfortunately also the extra contents leave something to be desired, among which only the illustrations to be unlocked by earning points in combat and with which it is possible to compose stand out. of personalized dioramas. A little bit for even the most die-hard fans.

The Outer Worlds | It is possible to kill any and all NPC; check out 43 minutes of gameplay