Kingdom Under Fire: The Crusaders: Review 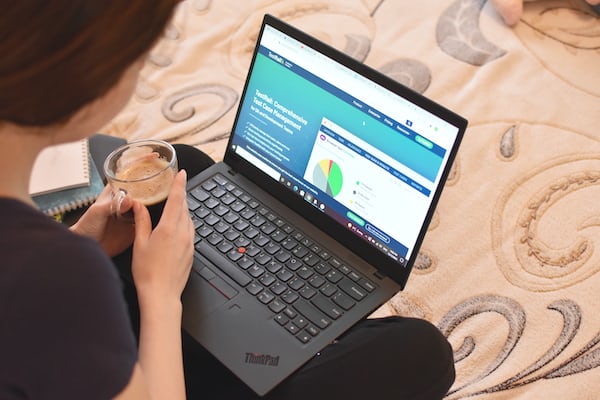 Kingdom Under Fire: The Crusaders: Review

It’s one of Phantagram’s most ambitious Xbox projects, we’ve been waiting for it for a long time, but it’s finally here. Get ready to experience the thrill of an epic medieval conflict like never before. The lands of Bersia await you!

The events of Kingdom Under Fire: The Crusaders (from now on KUFTC) take place in a world with typically medieval-fantasy features, inspired by Dungeons & Dragons, but above all by the film trilogy of the Lord of the Rings. The story takes up that of the prequel released on PC, and revolves around an ancestral conflict between humans and dark legions, made up of elves, vampire-men and orcs. The player is free from the beginning to choose the desired faction, selecting the respective generals between Gerald (humans) and Lucretia (dark elves). Each of them has distinctive characteristics, a peculiar fighting style and its own narrative plot, which unfolds through specific scenarios, in order to facilitate the replayability of the title. As if that weren’t enough, there are two additional factions to unlock, so the player will be able to try their hand at four distinct campaigns. Once you have chosen your commander, we will take command of a real infantry unit, headed by the general and two wingmen. These two supporting figures play a role of great importance. While not being able to control them directly, the player will be able to exploit their abilities to their advantage, using their special shots in the most critical situations. The latter perform a function equivalent to the smart bomb of a shooter: they are visually spectacular and inflict a high amount of damage, but they are performable only after the accumulation of experience points earned in battle, so it will be up to the player to choose the moments. more suitable to use them.

Kindle Fire: How to Close Apps

KUFTC is a mix between a real-time strategy (RTS), an RPG and an action game with strong hack’n slash grafts, clearly inspired by KOEI’s Dinasty Warriors, but with greater depth. The game structure alternates between navigating the three-dimensional map, including management menus for your troops, and the actual battlefield. Once the logistical movements have been decided, the player is called upon to overcome missions of increasing difficulty, filtered by dialogues in pure jrpg style between our general, the two commanders and various minor characters. The missions are managed through a double control system, the first used for movement and collective actions, the second for direct combat. In both cases, the mapping of the keys to the pad is well implemented, offering a system that is simple to assimilate, but not without depth.

Kingdom Hearts III: Re Mind, the analysis of the new trailer

the mapping of the keys on the pad is well implemented, offering a system that is simple to assimilate, but not without depth

As you advance in the game, numerous support troops will become available, including archers and cavalry, which will be used strategically to ambush enemies, often present in much greater quantities than the troops under our command. However it goes, the player will be able to manage the frontal conflict only with the infantry headed by the general on duty, in this case the game turns into a real mass fighting game with sword, not without devastating combos and a parry system that will have to to be assimilated in the best possible way to emerge victoriously from clashes. The main objective will be to look after the health of the captain, the only one directly commanded, as his departure will instantly lead to the game over. In case of danger, it is possible to try to escape from the battle site, otherwise the player will not be able to leave the perimeter area due to the battle, until he is able to defeat all the opponents, or their captain.

Super Mario Odyssey: Guide to the location of all the moons in the Kingdom of Ruins

The RTS aspects take on fundamental importance in the moments of rest between one mission and another. In the aforementioned game map, it is possible to manage the troops allied with the player, using the experience points to improve their skills, and the money to buy better equipment and weapons. Although more simplified than a classic RTS, this part turns out to be deep and satisfying, even if the small amount of experience points does not allow an adequate setup to the proposed challenges, a deficit that aggravates a rather questionable choice of programmers: the inability to save during the missions. This feature makes the title frustrating at times, as it will not be uncommon to lose the game at the end of a long mission (on average the duration of these is considerable), with the disheartening prospect of having to repeat it all over again. The management of the fights, although choreographically spectacular, presents the greatest weaknesses precisely in the smug celebration of chaos in battle. The player often finds himself disoriented between hundreds of enemies and a camera system that is not always comfortable. Although these are fully adjustable, the time spent finding an advantageous view makes our character vulnerable to attack, with the obvious consequences of the case. The scripted nature of the missions, which unfold along a series of predefined events and crucial actions suggested by the CPU, does not help in this regard. Although it is possible to interpret in one’s own way the methods to fulfill the objectives, making mistakes in the aforementioned actions almost always leads to a disastrous outcome.

Like in a movie
Graphically KUFTC is definitely something for friends to see, and it does full justice to the Xbox hardware. Phantagram has worked hard on the graphics engine, one of the few capable of handling an impressive amount of characters on the screen (more than 100 at the same time), even large ones, without sacrificing any single detail. The efforts are concentrated on the armor and special effects, both of high quality, less on the scenarios and the textures of the terrain, much more simplified. But on the other hand, the player has very little time to notice them. The clashes take on levels of spectacularity that are difficult to describe in the review, simply, you have to see them to understand how much this title manages to recreate the visual majesty of films inspired by the Lord of the Rings.

The clashes take on levels of spectacularity that are difficult to describe in the review, simply, you have to see them

The framerate only suffers drops in extremely chaotic situations, but nothing dramatic. Beautiful also the direction in the cut scenes, with many touches of class such as the steadycam that follows the clashes, or the drops of water that are deposited on the camera! The chromatic choice is absolutely breathtaking, with warm tones and successful meteorological effects, also functional to clashes (archers can be blinded by the sun’s rays). The audio department deserves a separate mention for the bizarre choice made by the programmers, who have decided not to fall back on epic-chivalrous themes, but to entrust all the sound to a Western team outside Phantagram, the Voice of The Arts. Those who know this group know that they work closely with film companies, a choice probably dictated by the need to give the title a brutal and irreverent filmic impact. The songs have a distinctly metal, aggressive style, with wild guitar riffs that highlight the spectacularity of each blow and exalt the player, even if the choice to use an adrenaline-fueled soundtrack penalizes the most dramatic moments in history. The English dubbing is bizarre, not without irony and decidedly strong terms. The Italian subtitles of the European version soften some expressions, such as “*****” transformed into a much more harmless “hag”. Poorly realized, however, is the lip of the dialogues, evidently based on the Korean ones, moments in which the characters open their mouths without saying a word are not rare.

Another very important (if not crucial) aspect of KUFTC is Live support, which offers the possibility of clashing with a human opponent by choosing the preferred faction. The online mode explores all the potential of the Phantagram title, much more than the single player does, so we highly recommend its use. We can only hope for a feedback from users, and relative filling of the lobbies.

Kingdom Under Fire: The Crusaders it took a long time to wait, but the Phantagram work is finally an exclusive reality for the crusader console, and is ready to make proselytes. Graphically spectacular, charismatic and remarkably aggressive, this successful hybrid draws on the best of Dinasty Warriors, adapting it to the dynamics of an RTS with an enviable simplicity of controls. A tough title, frustrating at times due to its difficulty, penalized by some questionable gameplay choices, but certainly courageous, original and engaging. An almost mandatory purchase for all fans of the genre (and not only), as well as being an excellent starting point for any sequels. The single player mode does not do full justice to all the potential of KUFTC, leading us to highly recommend the test of the online mode.

November promises to be a particularly interesting month for the Microsoft console. The first major exclusive project from the Korean softhouse Phantagram, released in stores these days thanks to Koch Media, is not missing from the appeal of the most anticipated titles. We have finally tested the final version, and we must admit that it keeps intact the high expectations raised in us by the beta test. Follow us to find out more …