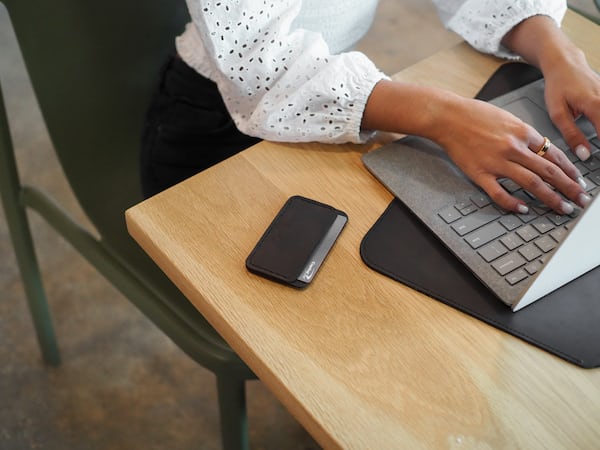 A new video from Call of Duty: Modern Warfare traces the history of Modern Warfare and Warzone, from the end of General Barkov’s reign to the collapse of the Armistice.

Waiting for the release of Season 4 a new one video from Call of Duty: Modern Warfarecompletely in Italian, retraces the history of Modern Warfare and Warzone. A good opportunity to review the salient events of past Seasons, from the end of General Barkov’s reign to the collapse of the Armistice.

The latest trailer released by Activision has provided a brief summary of what has happened so far in Verdansk. In Press release that accompanied the video, the publisher goes into the details of what happened in the story, starting from the key moments of each Season that have progressively triggered the conflict, put an end to the Armistice and brought to the current balance of power to Modern Warfare interior.

Let’s find out everything that has happened so far:

On a desperate mission, the Captaino John Price and the SAS will work with the CIA and the Liberation Force of Urzikstan to recover chemical weapons stolen from a terrorist organization known as Al-Qatala.

The CIA agent Alex he was sent to accompany the ULF, which works with Liberation Force (ULF) leader Farah and his brother, in exchange for their help. But that support comes at a cost … Meanwhile, Kyle Garrick, a former British Army officer, joins Captain Price to face the enemy in a growing series of clandestine operations across continents as the battlefield expands. and the global balance of power is threatened.

Is Bayonetta 3 still far away? Work on the dubbing does not appear to have started.

All of this serves to neutralize or capture Al-Qatala’s leaders and associates: “The Butcher”, “The Wolf” and another hidden threat that Alex, Kyle, Farah and Price will discover as they fight together to keep the world from falling into. a Third World War.

Who is this mysterious benefactor of Al-Qatala? What will sacrifice our CIA agent to carry out his mission? Who is really Farah? And what other exciting high-risk deals will Kyle, Alex, Farah and Price encounter?

Efforts in Co-Op forced Al Qatala’s army to withdraw. However, the fact that the Armistice is made up of factions of sworn enemies (Demon Dogs, Chimera, Spetsnaz, etc.) does not escape the eye of Mr. Z. Although Special Operations have been successful, Mr. Z it has slowly created rivalry and undermined the collaboration of the Armistice which is beginning to pose an even greater threat.

In some city in Urzikstan, the Allegiance shot down an Al-Qatala cargo helicopter carrying chemical weapons. Seeing that explosion, the members of the Coalition they were the first to go to the scene and discover these deadly weapons.

However, once theAllegiance for his investigation, a discussion began about who was the holder of the gas discovered in the downed helicopter. This has done nothing but fuel the hostilities between the various factions that have begun to see each other as threats, even targets.

Meanwhile, we discover that AQ’s new leader, or so we think, was witnessing the unfolding of the action from TV station BCH4 inside Verdansk as his followers plundered the place and neutralized those who tried to defend the communications room.

Call of Duty Warzone stuttering and freezing on PC? Here is the possible cause

Ghost joins the fray in Season 2

While the distrust between the members of the Armistice has turned into a real violent confrontation, the Commanders (Laswell, Kamarov, Price and Nikolai) struggle to maintain order between the factions in order to stop the birth of a new full-scale conflict . Price decides to send an Operator he can trust – Ghost.

In Season 2, Al-Qatala agents stole a warhead nuclear Soviet Union and smuggled it into the city of Verdansk. Together with the previously obtained chemical gases, Al-Qatala is determined to wipe out Verdansk from the rest of the world. On the brink of a worldwide catastrophe and struggling with the fall of the Armistice, Captain Price sends Ghost to track down the location of the nuclear warhead. With combat reaching new heights, Ghost requires Price to send him only Operators he can trust.

And by the end of this trailer, we got a taste of what it would be like Warzonelong before we all jumped off the plane and parachute landed on Verdansk.

When Ghost asks Captain Price for reinforcements, a familiar face appears and returns to fight the enemy who invaded Verdansk. With the’Armistice broken, more Field Workers are needed to find out where it originated and resolve the growing hostility.

That Operator is Alex and joins the ongoing battle in Verdansk after a triumphant return from the Campaign.

However, this season brings to light the huge problem within the Armistice: rather than fight against Al-Qatala, they are fighting with each other within Verdansk. Squads of Operators – even lone mercenaries – are infiltrating Verdansk, only to find that the same gas they want to destroy is slowly invading the city. Additionally, only one squad can be rescued, which means the Armistice has to go it alone to rescue their elite Operators.

Let’s go back to the present day. The growing instability in Verdansk following the fall of the Armistice is becoming an ever greater threat, perhaps even more dangerous than that of Al-Qatala. After an intercepted phone call between Target Denver and one of his elite soldiers, we learn that the Armistice has finally drawn its ace in the hole: Captain John Price of Task Force 141 and the final member of the team named group Tier One.

This is everything we know so far: Chemical weapons are in the wild, Mr. Z – Victor Zakhaev – is still at large and his plan to help AQ and destroy alliances in East and West is working: Armistice Operators are “fighting each other. others “as Ghost says.

COD Warzone and Modern Warfare: that’s why there are those who accuse the game of paying to win

The plan of Zakhaev it is causing utter chaos and there are few options left on the table to evaluate. Can Captain Price offer to go on another “business trip” and stop this explosive fight that is building the foundations for an upcoming world war?

What do you think?