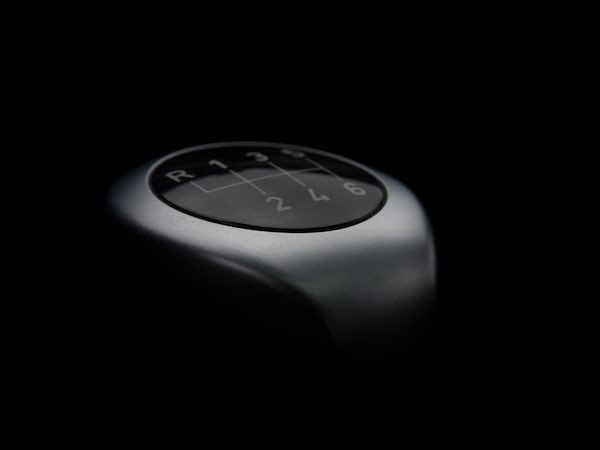 Nintendo portable console in hand and a touch of rebellious melancholy: this is how our test of Fire Emblem Echoes: Shadow of Valentia. Probably, the triggering cause of this strange state of mind were the statements of Hitoshi Yamagami, producer of the game, who a few days ago had declared that, after shadow of bravery, we will not see any more regular episodes of Fire Emblem on Nintendo 3DS. Let’s be clear: the franchise, thankfully, is more alive than ever and in excellent health. This is thanks, first of all, to the opening towards the mobile market successfully pursued since the launch with fire emblem heroes; then turnfire emblem warriors) and a main episode planned for a generic 2018 about the new flagship of the great NA despite these guarantees about the future of the series, shadow of bravery however, it has a sweet and sour taste. If on the one hand it is always very nice to be able to talk about the most famous intellectual property of Intelligent System, on the other in a certain sense Fire Emblem Echoes: Shadow of Valentia heralds the end of an era that has been able to give us so much satisfaction. The 3DS is likely to have a successor; or console support will continue for a long time. However, we cannot dispel the idea that we are about to reach the end of a cycle. Perhaps we are worrying too much and, in fact, all fears about the future, perhaps distant, are immediately dispelled by the wonderful introductory trailer and its majestic musical accompaniment.

Sekiro: Shadows Die Twice, the new tried of the demo

Almost thirty years and without listening to them

shadow of bravery – we say it for those who were distracted during the reveal made in Nintendo Direct on January 18 – it is not an unpublished chapter but the remake of the second canonical episode (Fire Emblem gaiden), it reached the beauty of twenty-five years ago and never left the Japanese shores. Also, since in terms of anniversaries the people of the Rising Sun are second to none, this remake hit the shelves of patrii stores on April 20, exactly twenty-seven years after the debut episode (Shadow Dragon and the sword of light) that started the long history of the franchise.

Actually it is not the first time that a chapter of the series has done the trick: in Nintendo’s previous “two screens”, in fact, there are already remakes of the first and third episodes (the latter, however, has never received a western location). However, since these are restorations that have already been carried out in the last decade, in all likelihood we will hear about them again on the occasion of the 30th anniversary. Representing one of the founding pillars of the series, we are not surprised to find in shadow of bravery many elements common to most of the following chapters that we Europeans have had the opportunity (and the pleasure) to play recently. And this also thanks to the decided increase in popularity enjoyed by the franchise in recent years outside the Japanese borders. In shadow of bravery The classic millennial rivalry between two kingdoms, Zofia and Rigel, emerges, which has its roots in the mists of time when two gods, in perennial conflict with each other, stipulated a truce thus dividing the influence over mortal beings. The two kingdoms, consecrated to their respective patron deities Mila and Duma, could not be more different from each other: on the one hand, Rigel bases his philosophy on the creed of military power and conquest at all costs; while on the other, Zofia is based on peace, harmony and prosperity. And that is perhaps why the Emperor of Rigel, drawn to the fertile lands beyond the barrier, has every intention of unifying the two thrones. As you can imagine, the entire narrative framework will be supported by two young protagonists, Alm and Celica, and the strong bond that, for better or worse, will guide their actions. Different in spirit, ideas and goals, the fates of the fated will influence the fate of not only the large group of followers who will embrace their fight, but also the entire continent of Valentia. The first hours in the company of the title allowed us to get to know the narrative background and some of the secondary actors that will accompany us on an adventure that is not without its pitfalls.

After a quick introduction, created from scratch for this remake and dedicated to making us understand the historical context in which the vicentas are located and the deep bond that unites them. storage me Celica Since childhood, the title gradually introduces us to some features on which the entire subsequent game system will be based. The “Ads” are not lacking and are not limited only to graphic restyling. The latter -it could not be otherwise- obviously embraces the typical philosophy of the most recent episodes, but mixes it with several interesting features in terms of gameplay, which “break” the sequence of confrontations that will take place as usual in the canonical two-dimensional isometric grids.

First of all, the phases related to exploration change depending on where we are. The dynamics related to cities, outposts and towns refer to the visual novel that allows us to explore them by moving through “points”: each of them is represented by a static backdrop that can be interacted with through a few simple commands to talk to any passersby and find gear, as well as helpful hidden consumables (a bit like Professor Layton’s coins, if you will). However, as for the dungeons that dot the world map, these can be freely explored by moving our alter ego within fully three-dimensional environments that translate into the two canonical dimensions when we decide to face enemies. The phase dedicated to the shock, as we anticipated, does not reserve great surprises for longtime fans. The scenario is basically the same that we have been getting to know over the years, seasoned with some peculiarities. First of all, during one of the first battles we will come into possession of the «Wheel of Mila«, a powerful artifact capable of rewinding time on the battlefield. The fighters, then, by leveling up can be promoted to a different and higher class, but this can only happen at the altars of the goddess, placed at specific points on the map. From what we have seen, the ability to communicate with teammates during the fight also returns, to strengthen their bond and increase the chances of scoring a critical hit. In short, we have the distinctive feeling of having only scratched the surface of a title that promises to be worthy of the best episodes of the series. may 19 is coming in big strides, and despite the wistful realization that this will probably be the last episode to see the light of day on 3DS, we can’t wait to devour it until the end credits.