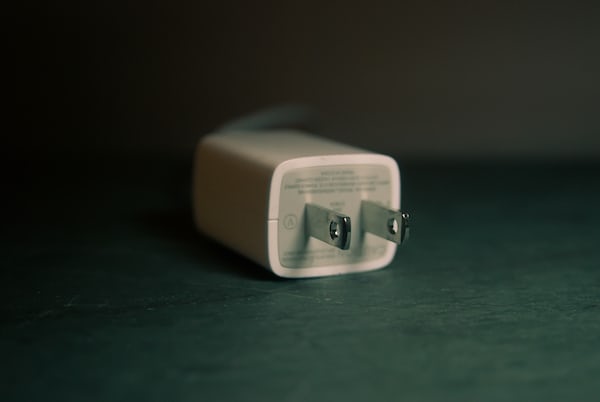 The new Fire Emblem for Nintendo Switch showed up for the first time during E3: here’s everything we discovered

Until recently, there was a rumor that the first Fire Emblem for Switch would be out by the end of the year, but the trailer released during the Nintendo Direct broadcast during the Electronic Entertainment Expo has made it clear, in the last few frames, that Intelligent Systems will launch its new RPG only in the spring of 2019. This means which still separates us almost a year from the release of a title that, from what we have seen, could really reserve many surprises in various respects. The trailer, unfortunately, offered no concrete information on the gameplay or storyso we can only speculate as to how Fire Emblem: Three Houses will mark the evolution of the popular strategy series. Our hope, first of all, is that the title (really not very high-sounding) is only provisional, and that it does not hide some commercial artifice along the lines of Fire Emblem Fates and the three different but not too much versions that made up the questionable narrative mosaic.

Destiny 2: Multiplayer gives away 2000 codes for Apogeo the emblem of the Year of the Buffalo

The first thing that catches your eye when you look at the trailer is … the painful frame rate of the cinematics. Considering that the cutscenes of the latest Fire Emblems were fluid and spectacular, we just can’t figure out why. Nintendo authorized the publication of such a fickle trailer, also because not all animated scenes shot in the same way and certainly not the real gameplay ones. The cinematics shown, however, only served to introduce in a rather cryptic way the world in which this story takes place, apparently unrelated to any other Fire Emblem released so far. It would seem that three houses are competing for domination of this land and that the player plays the role of an instructor called Byleth, although our role is unclear. Will we have to side with the houses, choosing one over the others? Will our decision change history? Or three parallel versions will come out, as happened with Fire Emblem Fateswho will tell the same story with some important differences?

Roku Streaming Stick Plus vs Amazon Fire TV Stick 4K: Which is Better?

In any case, one thing is evident: Intelligent Systems has revolutionized the graphics sector, abandoning the sprites on the maps and the essential polygonal models of the chapters for Nintendo 3DS in favor of a much more modern look that is expressed through slender and oblique menus, multiple shots in the battlefield and a cel-shaded style that follows the cinematics to animate the fights in a more realistic and spectacular way. Leaving aside the obvious aliasing that we hope will be scaled down in the months to come, what struck us was above all the lightning-fast transitions, the detail level of the battlefields when the shot zooms in on the action and, above all, the platoons accompanying the individual units: dozens of infantry and archers who hurl themselves against the enemy together with the hero or heroine on duty, projecting us into the heart of the battle like never before. The solution of Intelligent Systems not only makes the clashes more spectacular, underlining their volume, but it probably also has a very specific function in terms of gameplay that, at this moment, we can only hypothesize.

League of Legends: From SoloMid to Cloud9, the NA LCS market is on fire

The scene where the heroine who answers to the name of Edelgard challenge an enemy called Mercedes shows the new combat interface revealing not only a new parameter (RSL stands for … resolve? Resilience?) but also some interesting items in the action menu. Formation, for example, it could be the command that allows you to manage the allies around the main unit: in a very short sequence at the end of the trailer, we can see the soldiers change their arrangement around a unit and shine for a moment, composing a triangle, first to attack the enemy. The formation could therefore replace the mechanics of the couples introduced in the last Fire Emblem, in the sense that this time the units combine with the platoons to earn specific bonuses depending on the selected disposition. The above menu also shows two important items: Magic indicates that spells could be separated from tomes and wands, while Combat Arts obviously refers to Fire Emblem Echoes: Shadows of Valentia and the possibility of learning particular skills using the same weapons repeatedly.

The weapons will return to wear out as they did in the Fire Emblems prior to Echoes, a title which, however, represented an evidently important step in the path of Intelligent Systems. At the time we suspected that the choice to reprise a 1992 spin-off was not accidental, but Fire Emblem: Three Houses it would seem to give us the certainty now. Intelligent Systems was clearly experimenting with the possible evolutions in the gameplay of a series that was beginning to feel a desperate need to be updated and one of them would seem to have made the generational leap: we are obviously talking about free exploration and dungeons. In the trailer we can see Byleth wandering around castles and cities, underlining the presence of an important exploratory aspect. We do not yet know the dynamics, mind you: we could simply be confined to the base of our house – as it happened in the MyCastle mode of Fire Emblem Fatesto be clear – or we will have the opportunity to explore in the third person only some restricted environments, such as the barracks or halls in which to meet the other characters.

Amazon Luna, free trial on Fire TV and controllers available without invitation in the US

The fact is that the trailer showed us the possibility of interacting in third person with Edelgard, also choosing which weapon to train it, and a short sequence in which a unit, surrounded by its platoon of soldiers, faces a creature that seems to be its own. a boss in a closed and gloomy environment that has all the air of being a dungeon. The hybrid nature of Fire Emblem Echoes not everyone liked it, but it still had a bit of a revamped gameplay – an ironic statement, considering that Intelligent Systems had tried that path, without much luck, more than twenty years ago – and helped to significantly increase longevity. and the variety of an offer that always risks becoming repetitive with each new mission. The Japanese developer will therefore have to work a lot on these fronts and, especially, on the narrative one. Our hope is that Fire Emblem: Three Houses it doesn’t fall into the slightly too Japanese clichés that fans have barely digested in recent years, but the clean and dare I say grown-up style shown in this trailer really bodes well.