Kill la Kill: IF, the preview 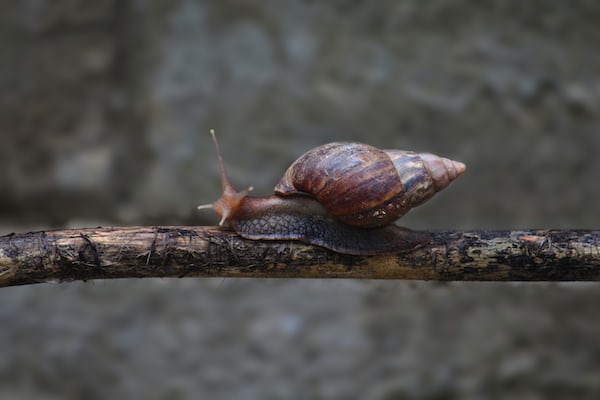 Kill la Kill: IF, the preview

The popular animated series produced by Trigger becomes a fighting game for PlayStation 4 and PC: what should we expect?

Hold back the enthusiasm, folks. You’ve probably seen the Arc System Works logo and immediately thought of Dragon Ball FighterZ or Guilty Gear Xrd, so you figured how cool a fighting game similar to those but inspired by Kill la Kill, the unforgettable anime directed by Hiroyuki Imaishi – the same as the equally legendary Gurren Lagann! – which began and ended its life cycle between 2013 and 2014. It is therefore urgent to make an important clarification: Arc System Works is only the producer, because the development was entrusted to the guys of A + Games, the same ones of the discreet Little Witch Academia: Chamber of Time. To see each other, Kill la Kill: IF it still seems a splendor, very faithful to the animated series thanks to the use of cel shading and the original voice actors who will lend their voices to more important characters. Instead, let’s see what really awaits us on the battlefield.

On the occasion of the new appointment with the EVO, the very famous annual fighting game tournament, Arc System Works showed a first demonstration version of Kill la Kill the Game: IF, this is the complete title, in which it is possible to play as the protagonist Ryuko Matoi and her rival Satsuki Kiryuin, but it is obvious that the roster will include other popular characters such as the Honnouji Academy Elite. For the uninitiated, Kill la Kill tells the misadventures of Ryuko, a young woman who is investigating her father’s death and who finds herself fighting for her life in a weird school where students wear uniforms that confer superhuman powers. It looks like Kill la Kill: IF will tell a new story, supervised directly by Studio Triggerbut we still don’t know if it will be a sequel, an impromptu adventure or some kind of alternate reality as the subtitle “IF” suggests.

What we do know, however, is that Kill la Kill: IF will not be a traditional fighting game like Dragon Ball FighterZ, but a “arena fighter” reminiscent of the various Naruto: Ultimate Ninja Storm of CyberConnect2, the decidedly more disappointing Saint Seiya of DIMPS or the upcoming My Hero Academia: One’s Justice. This means that the player can move freely and three hundred and sixty degrees on the battlefield, even if what has been shown so far has seemed really uninspired and monotonous, essentially a ring without the slightest environmental interaction. The game, in fact, has been designed to be as intuitive as possible in case someone who has no experience with the genre is holding the joypad. For this reason, A + Games has designed a combat system essentially based on two buttons – close attack and ranged attack – which, combined with jumping, backbone and direction, develop different combos and special moves.

Gotham Knights: why did WB Montreal kill Batman? Here is the explanation

The function of the “Break” key is not very clear, however, but in all probability it will serve to break the opponent’s guard. A + Games in fact, he stated that Kill la Kill: IF implements a sort of “Chinese morra” in which certain attacks prevail over others when they cross each other, establishing a strategic aspect that should stem the vulgar “button mashing”. Of course, the freedom of movement that the game would seem to allow is a bit worrying, more than anything else because in this type of fighting game it can happen that you find yourself playing tag with your opponent, which is anything but fun. In this sense, A + Games has implemented a mechanic similar to Dragon Ball FighterZ’s Rush: by pressing the jump button while in midair, the player swoops directly on the opponent with an attack, called Catch, which can turn into combo. The opponent, on the other hand, can consume a portion of the special gauge to escape the enemy’s blows, but the gauge also serves to perform the most powerful special attacks that consume one or more of the four notches that can be filled.

One of them consumes two and represents the peculiar, and controversial, mechanic of this Kill la Kill: IF. A + Games called it Katsui Demonstration: if the engagement is successful, a cinematic is triggered in which the characters exchange a series of verbal attacks, so to speak, inspired by the fights of the animated series. Players must choose between Provoke, Mock and Taunt, three actions linked once again by a hierarchy that will decide which of the two will win the comparison. The winner of this strange Chinese morra will earn a Katsui level and a bonus that can increase attack power, regenerate health or the special hit meter. This is definitely a mechanic fanservice which could please the lovers of Kill la Kill but which also arouses not a few perplexities, since it risks breaking the rhythm of the action as often happens in too cinematic fighting games. Obviously Kill la Kill the Game: IF is still an immature title and the information leaked so far is still little: we will probably know more at Tokyo Game Show.